Today I'm pushing the first update since the huge roll out of version 1.1.

With the holidays and the huge amount of work that went into 1.1 prior to its launch, I've been taking a bit of a break. However, I'm back at it, revitalized, and ready to get Season 2 fully rolling.

As a bit of a post-mortem on the 1.1 launch, it seems like the update has been a huge success. Versus last month, traffic to the site has more than tripled! This means more competition on the leaderboard and more people to spread the word about the site, which is good news for all of us.

Increase in traffic aside, there were some things left unfinished in the previous update. The biggest among them is Ornament Scoring, which today's update aims to fix. As discussed in the 1.1 blog post on Season 2 Leaderboard scoring, the Bungie API doesn't give me a great way to track progress toward unlocking ornaments. In an ideal world, I'd be able to show the same progress bar that you see in game, to be able to see that you're at X out of Y toward each component of each requirement. Unfortunately, there's just no way to see that progress in the API at the moment (or I'm an idiot and can't find it -- also a possibility).

Regardless, the system I've come up with for today's update allows us to begin earning credit for unlocked ornaments. To earn credit for an ornament, you simply need to equip it on a piece of armor and refresh your collection. From that point forward, you will maintain credit for that ornament even if you no longer own one of the items it applies to or have it equipped. This is accomplished through a new "permanent progress" system behind the scenes, which (like a lot of the changes in 1.1) gives me some nice foundation for exciting things in the future. 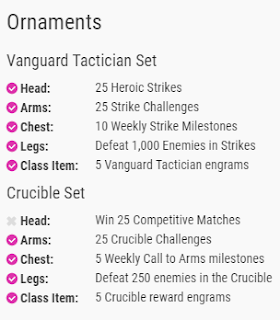 With ornament scoring now in place, Season 2 is ready to officially begin. While there are certainly going to be more additions to the scoring model (prestige raid lair being the most obvious addition), I believe what we have now is a good starting point for the Season. Eyeballing progress across the leaderboard, it seems like contribution from each goal is roughly in line with the overall effort required. All of that being said, unless something drastic changes between now and then, I am planning on Season 2 officially beginning with the weekly reset on Tuesday, January 9. This will give me time to kill any bugs that fall out from ornament scoring, make any final adjustments to the overall scoring model, and so on.

Thanks for checking out the update. There are some more fixes going live with these changes that aren't covered above, so feel free to check out the full update notes below. Join the Discord server or shoot us a tweet @lightdotgg to let us know what you think! 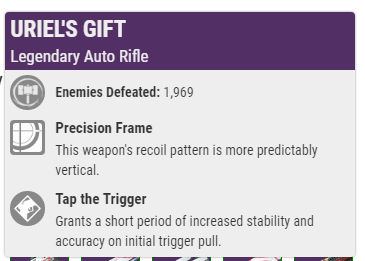